History of Education in Sacramento

By virtue of the principle of universal human dignity, all children are entitled to a quality education in the United States of America. For generations it has been acknowledged that a good education offers a better quality of life. As W.E.B. Du Bois observed, education is – “a thirst which has been too persistent and durable to be mere curiosity or whim – gave birth to the public-free school system in the South”. The Black community has long recognized the central importance of education. That’s why African descendants have fought so hard for educational opportunity throughout this nation’s history.

This is a short history of the struggles of African Descended peoples for educational opportunity in the city of Sacramento. In October 1854, the Sacramento City Council created the Sacramento City School Board. When the School District was first created, it refused to admit Black students. It admitted them only after the Black community had established its own school for Black children. On April 28, 1860, the California legislature passed a statute which read: “Negroes, Mongolians and Indians shall not be admitted into the public schools…” In 1874 the Superintendent of the Sacramento City Schools issued a directive to all teachers that stated, “You are hereby instructed to admit no children of African descent, or Indian children into your School, and if any make application for admission, direct them to the Superintendent, who will issue permits for their admission into the Schools provided for them by law.” However, by 1880, the California State Legislature allowed for African descended children to attend integrated public schools. 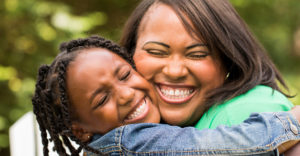 In 1950, the city of Sacramento began to experience white flight of children out of the Sacramento City Unified School District (SCUSD). Prior to the 1950’s, a majority of Black people lived primarily in two areas: Downtown Sacramento and Del Paso Heights. Many Black youth attended Lincoln Middle School, McClatchy, and elementary schools in the downtown area. By 1ate 1950, the City approved the construction of Highway 5 (I-5) which forced the removal of Blacks out of downtown. Many moved to Oak Park. Also, a new community was created, called Elder Creek. It was heavily populated by Black people in the military. The GI bill enabled Black people to purchase homes in Sacramento at a higher rate than ever before. They could not, however, live in Fruitridge, the Fabulous Forties, Rosemont, and the Green Haven areas. By the 1960’s white flight moved many whites south to Meadowview, to North Sacramento, and east to Rosemont. A second wave of white flight occurred in the late 1970’s. Whites moved out of South Sacramento to Elk Grove, North Sacramento, and out of Sacramento County. By 1965, the quality of Black students’ education began to decline and continues to do so to this very day.

In June of 1999, an article was published in the Sacramento Bee on the sad state of Black Students’ education. James Shelby of the Urban League and William Lee of the Sacramento Observer called a meeting of the African Descended community to address the issue and formed the African American Advisory Committee (AAAC). The Committee suggested that SCUSD funds should be set aside for a community-based organization that could establish a structure to monitor and support district initiatives that benefit African American children. In April 2000, the AAAC hosted a parent meeting and on September 22, 2000 the AAAC organized a city-wide conference. Approximately 1,000 parents attended the city-wide conference. 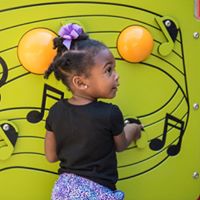 The Coalition for African-American and Latino Academic Achievement Now! (CAALAAN) was formed by several Sacramento-area community organizations, including the NAACP, La Raza Network, the Greater Sacramento Urban League, and the League of United Latin American Citizens (LULAC) in order to address the high school drop-out crisis facing our youth. The coalition was formed in July 2005 in response to the Harvard report, which was released in March, along with a number of other reports whose data indicated a wide achievement gap. The Coalition for African American and Latino Academic Achievement Now held various Town Hall Forums.

On June 22, 2005, the SCUSD held a staff equity meeting to discuss the condition that some student groups have been historically underserved and were not meeting state proficiency standards. By June 21, 2007, the SCUSD board of Education adopted the “Framework for Eliminating the Achievement Gap”. The report stated that, “All groups of students needing to accelerate will meet state standards at a rate 10% higher than the state’s Adequate Yearly Progress (AYP) targets.” In other words, the 2008-2009 target would be that 66% of African Descended students would be proficient and/or advanced in all subject areas. The SCUSD failed in meeting its own target for the African Descended students and community.

The Black Parallel School Board was born out of the frustration of Sacramento State professor Otis Scott with the quality of Black Students’ education. At a Sacramento Area Black Caucus meeting in 2006, he forcefully expressed the severity of the problem, and the need for Black people to do something about it, because the gap had been widely known for decades, and instead of getting better, was getting worse. Subsequently, the Caucus appointed a Task Force to develop an action plan for the organization. 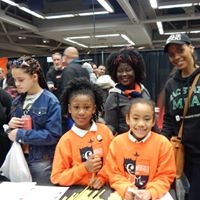 Since 1972, The Sacramento Area Black Caucus has been at the forefront of advocacy in the community, helping to secure and to protect the civil and human rights of our people. Scott reframed the discussion as a new civil rights struggle. In other words, the community needed to seize the initiative in the educational crisis.

On September 8, 2007, the Sacramento Area Black Caucus released a report entitled “The State of Black Students’ Education.” The Sacramento Area Black Caucus conducted a review of the literature, focusing on major studies over the past five years; interviews from a panel of professional Black educators and parents; a focus group composed of Black youth; and a community forum where testimony was solicited and presented orally, and in written form, both during and after the forum. One of the recommendations outlined in the State of Black Students’ Education report was that the Black community establish a parallel school board targeting the Sacramento City Unified School District.

Founded in February 2008, the Black Parallel School Board (BPSB) is a community organization developed to work parallel with the Sacramento City Unified School District. Its major responsibility is to support the educational growth and achievement of Black students. In order to do that, the BPSB monitors all educational activities and programs of the school district to assure that they are compatible with the needs of African Descended students.